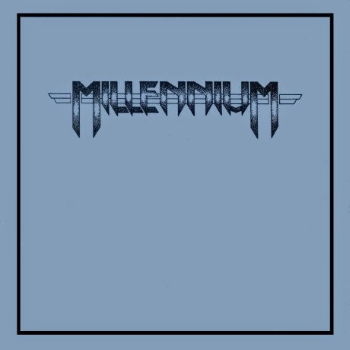 What a monster of an album this one is!  Had Millennium properly caught the NWOBHM wave early on, they would’ve most likely gotten picked up by numerous record companies.  This, along with the dissolution of their record label at the time, Guardian Records n’ Tapes, prevented Millennium from moving forward.  Nevertheless, what we have here is one of the finest examples of the NWOBHM classic sound being intricately fused with power metal and, eventually, speed metal.  Throughout the entirety of their self-titled album released in 1984, I felt as though I was listening to the British version of Sweden’s own Heavy Load, mainly because both bands’ vocalists sound extremely alike.  Give “Magic Mirror” or even “Gang War” a listen and you’ll know exactly what I mean.  Millennium were just a few years short from NWOBHM stardom, and so their placement within the growing heavy/speed metal scene in 1984 urged the band to adopt a new sound.

For the following three or so years, Millennium played in the style of many heavy/speed metal bands during that time, such as Exciter and, more similarly, Satan.  This killer new sound to the band’s repertoire was showcased on three fantastic demos released and recorded from 1985 to 1987.  The vocals are soaring, the drumming is hypnotizing, and the guitars are blazing with thunderous speed and infectious melodies.  It’s almost impossible to find a bad track on any one of these four releases; 29 tracks and over two hours of pure heavy/speed metal, nothing less, nothing more. 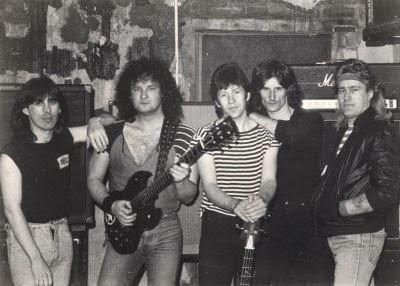