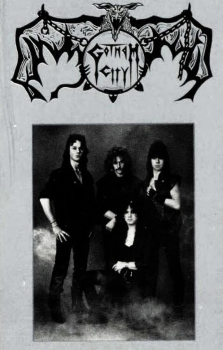 Swedish metal masters Gotham City with their final release before disbanding in 1987.  As unfortunate as the band’s dissolution was, this demo only gives us a small hint at what Gotham City could’ve become if they had kept going.  Nevertheless, the fans must always cherish their legacy!