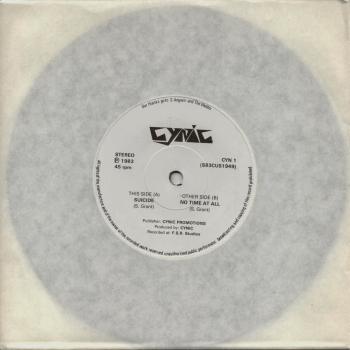 Ah yes, another one of those rare NWOBHM singles that I just love digging up.  Cynic garnered some much needed attention with the release of their very first single, and immediately cemented their name in the NWOBHM history books.  “Suicide” isn’t exactly your typical NWOBHM track, mostly because it revolves around a slow-to-fast progression that focuses on Tony Eyres “punkish” vocals.  Here is some interesting information regarding the band’s history, extracted from Cynic‘s website:

“In 1983 Cynic financed and produced its first 7” vinyl single, called Suicide. At the time this brought BBC Radio appearances for the band, and later the single, in Malc Macmillan`s book, “The Encyclopaedia of the New Wave of British Heavy Metal”, would describe it as “genre defining, and should be placed on the highest level of hierarchy for ultra rare collectables.” Martin Poppoff, author of RUSH “Grace Under Pressure”, would also favourably mention the Suicide Single in his book of “New Wave of British Heavy Metal singles.”

I guess that the departure of Tony Eyres was the main contributor to the band’s further demise in the late 80s.  Thankfully with the resurgence of their work, Cynic reformed in 2003 and released a solid record in 2008 entitled “Suburban Crisis”… a worthy record to check out! 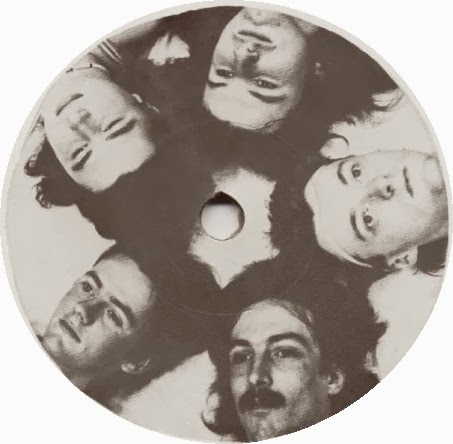