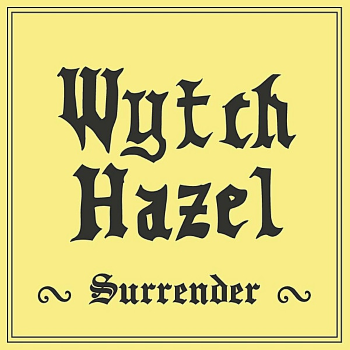 The sudden revival of the NWOBHM in recent years has sparked a large following of bands who are being influenced by the sheer tenacity of this powerful movement.  The wonders of discovering a band that perfectly replicates the rawness of the NWOBHM (as well as adhering to the musical structure and production that was so very important for the movement to succeed) seemed to slowly disintegrate in my mind, due to the immense amounts of overly-produced albums being constantly thrown at us. With a little luck bested within me, the day came when I stumbled upon the great Wytch Hazel after conducting a bit of research on a little known band named Borrowed Time, who have also shown their true capabilities with some amazing songs!  However, so many elements of Wytch Hazels‘ repertoire made me hooked instantly.  In the simplest way of expressing their intentions, Wytch Hazel is comprised of four dudes on a quest to restore heavy metal/hard rock to its true roots, all while being influenced by classical music; a combination like no other! Sure enough we hear tons of bands wanting to “bring back the 80s” through their music, of which some have done very successfully, while others seem to make a mockery out of it.  Truth be told, Wytch Hazel have managed to collectively incorporate every single element that the NWOBHM has offered, so much so that I’m almost baffled how this was recorded in 2011.

Jumping into this single, the first thing you can expect is the flat and raw production that beautifully allows the music itself to be enjoyed in its purest form.  Sure enough many people would disagree with my previous statement, but I for one am not a big fan of modernly produced albums, as they somehow remove the magic of the experience.  Whether this step was intentional or just a matter of not having much equipment, it is surely a big step in delivering the fans something that is finally unique in our days. And even through Wytch Hazels’ later works do we see this same production being used, so it is most likely a very important element for the band’s repertoire.

Musically speaking, “Surrender” commences with a guitar line that will surely ring through your head for days on end, and is incredibly unique in its own way.  The classical influences seem to have echoed through that very riff and perfectly cements the music that Wytch Hazel will later release.  With that being said, although the song itself is simple in nature, it is by far one of the greatest tracks I have ever heard in recent years, as it has melody that is almost melancholic, it bears intricate and uplifting guitar lines, and even emits some doom elements!  Colin Hendra’s voice is the perfect representation of the NWOBHM and his superb performance is indeed shown in this very track.  “Wytch Hazel” is another superb track that follows a similar musical pattern than that of the great Thin Lizzy, especially in the intro.  I just love that guitar solo being played at the halfway point, absolutely majestic!  Be sure to support the dudes at Wytch Hazel for their incredible work thus far and I’m totally looking forward for upcoming releases!  Hail the Wytch! 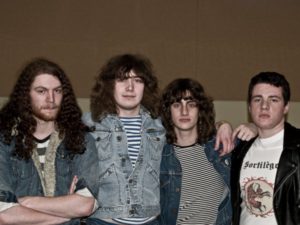