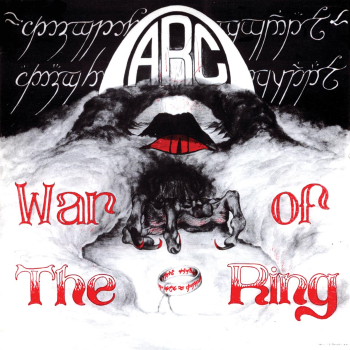 I must say I am a huge fan of Tolkien’s works, especially the Lord of the Rings series (what a surprise), of which have presented some of the most fantastical tales ever told.  ARC, a seemingly unknown band that have only released two singles, have been driven to fuse their passion for Tolkien’s books and dedication to heavy metal into one release of pure magic.  Although it is only the title track that is lyrically forged in the Lord of the Ring’s story, it still holds the test of time after all of these years listening to it, whereby it also presents some of the most epic riffing and chorus structure that the NWOBHM has ever offered, period. Everything about that track alone just screams fantasy, mystery, mythology and metal, of course; a match that can only be forged in the fires of Mordor!  ARC have truly shown in just one single release that they can easily compete with other sword-bearing and demon-slaying metal acts like Manowar and even Manilla Road, forever leaving fans of this great NWOBHM act with a glimmering wonder of what could’ve been if they had released more albums.  In the meantime, raise your fist to the mighty ARC!

In darkness he shall blind you” 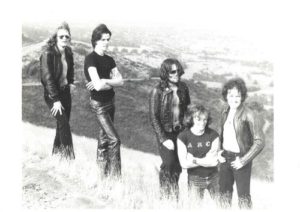