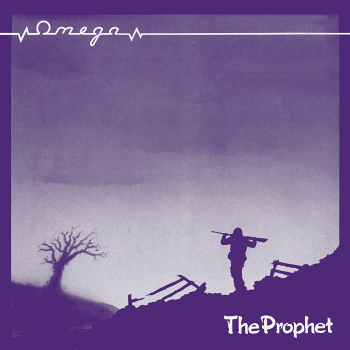 Omega have surely seen the days of obscurity with their first full-length album carefully named “The Prophet”, which has seen a large revival in the underground community in recent years.  With an album cover as simple, yet beautiful, we can get a glimpse of what is yet to come; a very melodic and almost calming sounds produced by this very talented band, heavily imposed on the use of keyboards,which are played ever so magically.

Omega spawned out of the remains of a small band in the early 80s, known as Apocalypse, where during those years, they released a demo and a single, which are highly praised today by fans.  The band later changed their name to Omega in 1983 for a brief period of time after reforming later on under Apocalypse once again.  What we are offered here is heavy riffing and heavenly solo led songs that immediately take your breath away, as felt on the titled track and my personal favorite, “The Child”, which is definitely one of my most memorable tracks from any band.  The keyboards that start that song off are simply incredible, yet very trippy to say the least and easily sets the mood.  And once the guitars kick in, get ready to sit in shock and awe until the end of the song, merely of how well produced and written this masterpiece is.  Other than those two songs mentioned, the rest are very straightforward and pure NWOBHM sounding tracks.  Did I mention they covered a Beatles track?  That’s right, it’s Day Tripper!  I’m usually not a fan of covers but this one kick serious ass!  Very easy to get into.  Even with those two special tracks, it is ever so hard to leave this band unnoticed.  Hail and support! 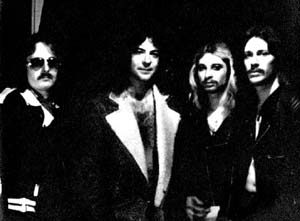