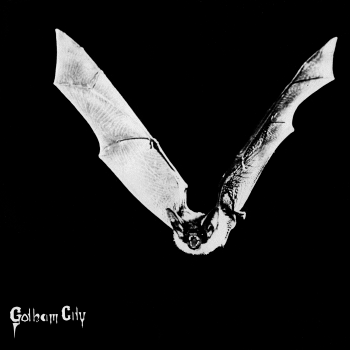 I’ll keep this one nice and short for you guys.  This right here is the greatest single to ever come out from Sweden, plain and simple.  With a band like Gotham City, who offer such original and versatile talent, that statement should never be doubted one bit, as it is the undeniable truth (well, with regards to my taste and understanding of the heavy metal world at least).  But what does this single offer that others don’t?  I honestly don’t know, for it may seem that words cannot express my love and dedication for this band, let alone this single; you just have to experience this for yourself.  Both tracks that are presented are absolutely killer, with “Gotham City” being a tad more superior than “Killer Angels”, which is still very much a damn well-written song.

Needless to say, if you have checked out Gotham City‘s full-length album “The Unknown”, which was released two years after this single, you can clearly make out the shift in vocals.  A lot of people tend to criticize their old singer, Ola Ohlsson, who is featured on this release, for having a very bland and somewhat emotionless voice.  Rest assured, although I’m aware that he isn’t the best singer in the world, I actually really dig it, mainly because it fits so well with the music.  However, like most Gotham City fans, I prefer Anders Zackrisson’s melodic and empowering vocal styles a bit more.  All in all, these two separate eras of the band’s lineup should never be overlooked, but rather praised by every follower of the THE greatest Swedish metal band in history, Gotham City.  Hail! 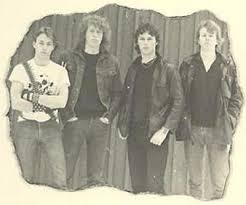